Minea is currently a university student at Western University in Kampong Cham province, and a teacher in Tboung Khmum province, which is not very far from her home. When in high school, she dreamed of becoming an interpreter and pursuing higher education at university. Reaching her dream has been difficult, she did not have a chance to pursue a bachelor’s degree after graduating from high school as her family could not afford her schooling. She was then asked by her parents to take the national exam to become a public-school teacher. 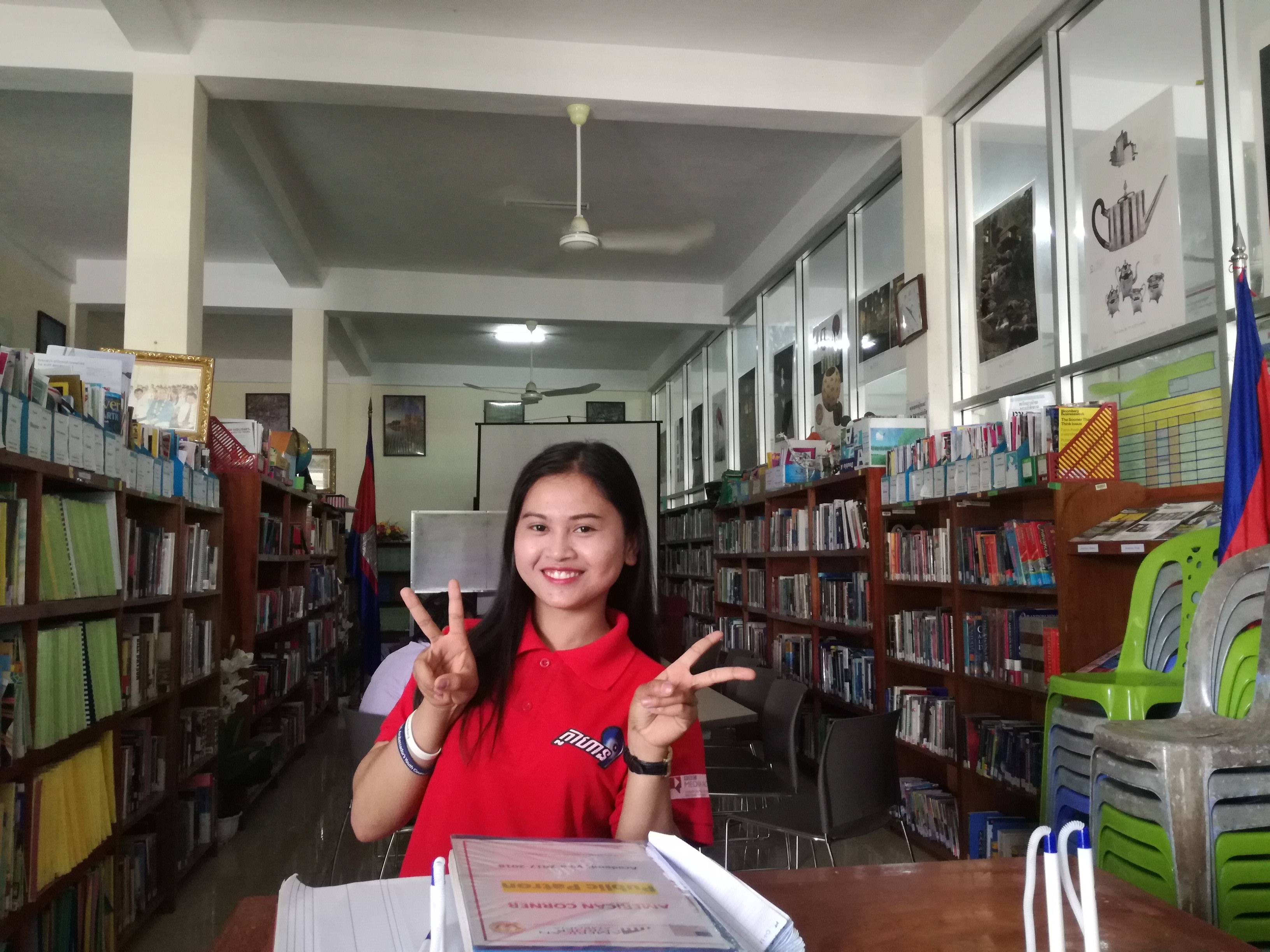 She has known Klahan9 since 2016 with Klahan9 outreach activity and in 2017 she became a Klahan9 ambassador. She was highly influenced by Sreyrong episode of Dream Station. She really admires Sreyrong’s dream because she dares to dream high and overcome barriers with her family to achieve what she really needs. Minea is positively influenced by this episode to prepare the necessary steps for her goals and rearrange her steps for life. In the future, she wants to work in an NGOs rather than work as a teacher. Dream station has helped her to not give up, start making a plan, move forward and act. As a complement, she is working hard to communicate with youth networks and volunteer in various NGOs. She believes such outgoing steps help her to be one step closer to her dream of working in her chosen field.

She also used the knowledge from Dream station to apply in the family sphere. Even though her family cannot afford to pay for her school fee, there are things that can be negotiated. She started discussing with her parents about working in the public sector first and saving to earn enough money so she can pursue higher education. “I can achieve my dream later when the right time comes as long as I don’t stop dreaming”, she said. In addition, she also used her knowledge she learnt from Klahan9 to share with her friends. Three things she believes to be the most significant impacts of Dream Station on her are setting clear goals, motivation/inspiration, and being happy.

“Set goals, do what you love, be willing and brave to do what you believe is your dream and then you can achieve”, Minea quoted.