Savong is currently a junior doing his major in Information Technology Engineering at Royal University of Phnom Penh.  He has a dream to run his own company in Web Development. To achieve his dream, he divides his plan into two: short-term which is to apply for an internship at a start-up company, publish online application for renting and selling real estate, and develop a Dating App; and long-term plan which is to run his own company in 5 to 10 year using his experience.  He is now on his first step which is to learn from famous leaders about their experience. 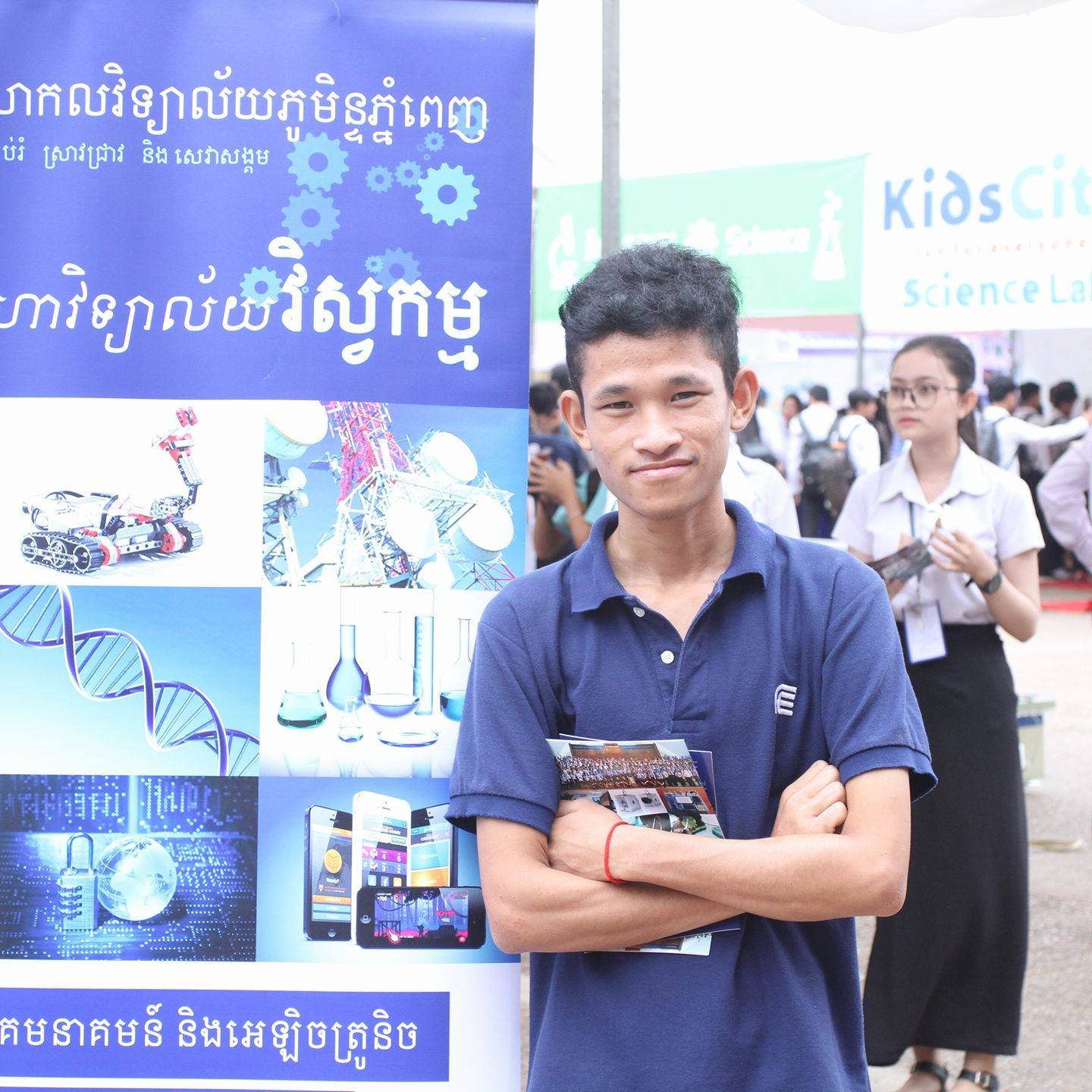 Savong is inspired by the content from the Klahan9 Facebook page. He recalled a video about a female taxi driver[1] (Tuk Tuk driver) who was mocked because of the gender stereotype that exists in that career. Despite discrimination and criticism, she learnt to become familiar with those words, and pursue her career with satisfaction. In connection to the story, he said “By maintaining inspiration and willingness in doing what I love, I can overcome any challenges and criticisms from people around me and make sure that I am not negatively affected by people’s words.”

On the other hand, the video of candle artwork tells him about the recycling of things, such as transforming melted candles into artwork which people find beautiful. Savong has started to engage with social activities and volunteering. Through that episode, Savong said, he has learnt the importance of recycling and clean-up activities. He also changed his habit in picking up trash in the public space while his friends usually mocked at him for that. As for negotiation skills, from the on-spot video of Kakda’s negotiation[i], he now knows the point of using clear reasons to convince others to during negotiation and to solve problems. Moreover, it is also a new point for him that negotiation can also be used in a job interview.

Klahan9 social media platform provided him with some necessary knowledge to make his short-term and long-term plan. He started making a plan for his actions, identified the importance of having a plan, and became more motivated to move on with his plan. Through his experimental engagement with Klahan9 media posts and videos, he started to set deadline for his works, pushing him to act rather than procrastinate. Despite being quite familiar with the content, Klahan9 online materials serve as a daily reminder for him to focus on planning and inspiration to work out his plan. He said Klahan9 Facebook page is useful as it motivates and encourages people to follow their dream. Quotes are also interesting to him because they can improve his mood and reduce his stress. The most important change after he engaged with Klahan9 is that he has a bigger picture of his dream and step-by-step planning. Such change can help to pave the way for him to achieve his big dream.

Quote to wider audience from Mr Savong: “Don’t let people’s criticism destroy your plan and what you are willing to do.”